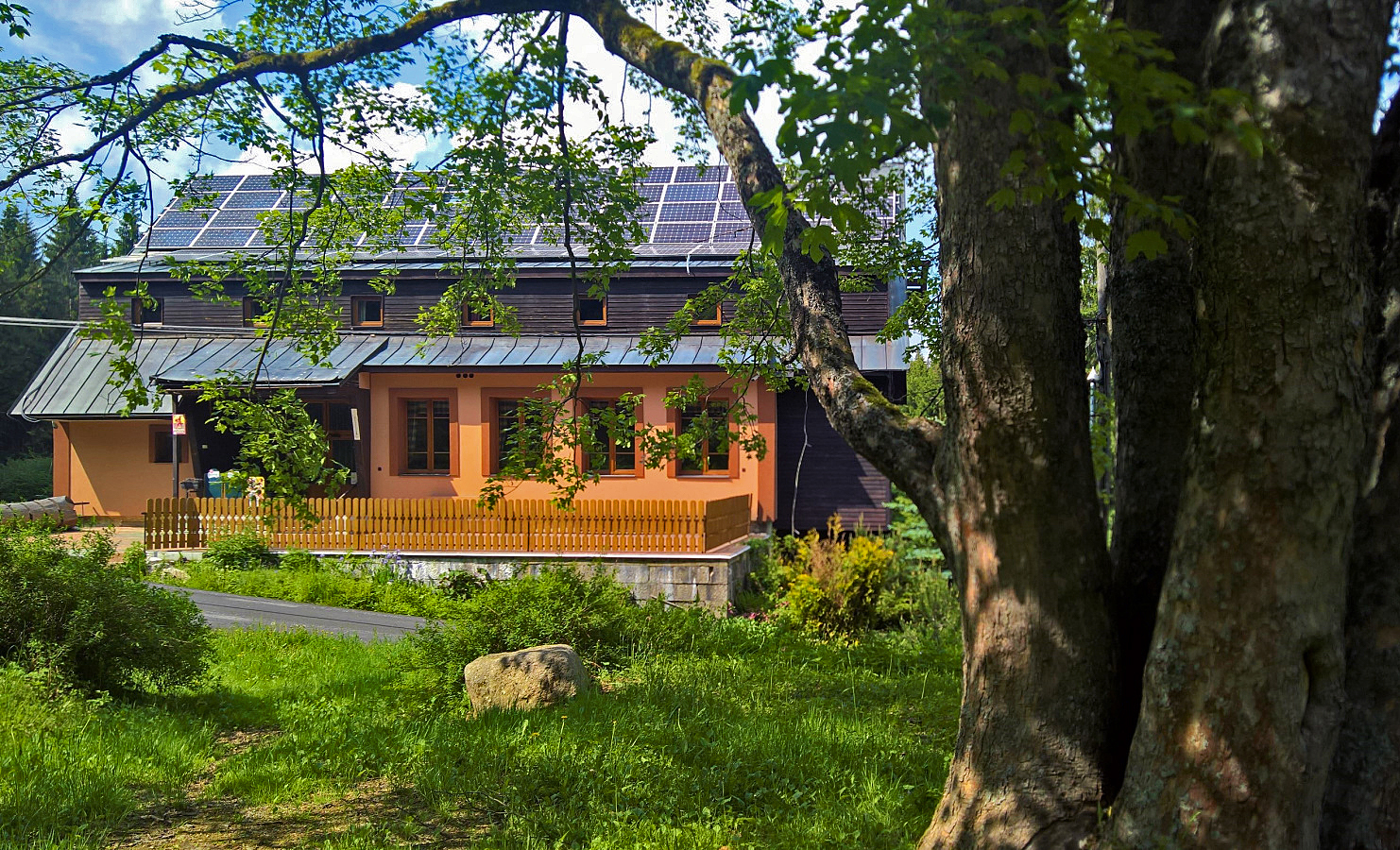 Friends since childhood, who hitchhiked around Europe before the fall of the Iron Curtain. It was during this time that the first seed for this project was sown. For the last 13 years their family have lived together in various places in England and Scotland, including the last few years on the magical Isle of Wight on the English Channel. (So ​​far) The United Kingdom is beautiful, but a cottage in the Czech mountains was their lifelong dream, so they decided to use Brexit as an excuse to start slowly returning back to the same beautiful Bohemia. They live together just beyond Prague, where they’re going through the moments when their children gradually leave the nest and look for their own way of life. It is also the main driving force for the beginning of a new life stage.

In times gone by an organizer of Brontosaurus (a Czech outdoor and natural conservation trip) and similar adventure trips, occasional travel guide, most satisfied when out in nature in any form, be it hiking, running, bike, sailboat or kayak. Straight after the Velvet revolution, co-author of the first Czech travel guide “Europe with an empty pocket”…

From the working point of view, a lifelong “Techie” with experience of the international environment including leading international teams

Daughter of a brewer, an amateur musician who likes to travel, take pictures and do casual sports. You’ll most likely meet her on a bike. A medical consultant who will answer every question you ask (no guarantees though!).

He claims that he was fundamentally influenced by his membership of a sports and tourism club, and from being part of the orienteering community since he was a child. He likes road cycling and in winter both cross-country and downhill skiing. He enjoys traveling and has never had a holiday to just one place. His profession is sales. He has been through several Czech and multinational companies, where he was in charge of sales and sales team management.

In her childhood she devoted herself to competitive swimming and canoeing, then at university she was hiking, and then after meeting Tomáš – what else? She became an orienteer. She likes to travel and has her own list of countries she would like to see, and is gradually checking it off. She is interested in economics and controlling. She likes order and therefore also in our business she is dedicated to economics and accounting.

And going into this with us… At Potkávárna, their goal is simply to create a homely friendly environment for all who come to us.

They are lucky enough to be enjoying the little son Tobias. For them, parenting is a beautiful and sometimes challenging journey without a shortage of surprises.

When he moved to England to be with Andy in 2015, he began working on solar cell development in his first job. The work was interesting, but being locked up in the lab was less so, and it always pulled him back to Bohemia.

He loves nature, time spent with nice people as well as peace of mind, food, good beer and many other things. As an enthusiastic athlete, in addition to orienteering, in which he plucked several medals in his youth, he simply enjoys movement as such, and lately he has increasingly devoted himself to organizing sports events. He also practiced the Japanese martial art Aikido for several years.

After a half of her life in England, as a “Czech-English”, she is an enthusiastic organizer of activities ranging from children’s camps, to diverse events at the University of Cambridge, to coordinating veterinarians from over 50 countries in a research project. She enjoys learning about different cultures, loves to live among nature, to move and find magic in everyday life. Right now she’s fully enjoying all the faces of motherhood.

Tom alias ToKo (expert in everything)

Tom is not sporty (yet), if we said he was we’d be making it up, however he can repair and put into operation pretty much anything, he knows almost everything and at any moment he has at his disposal any tool that is needed for any job. In addition, he can cook perfectly.